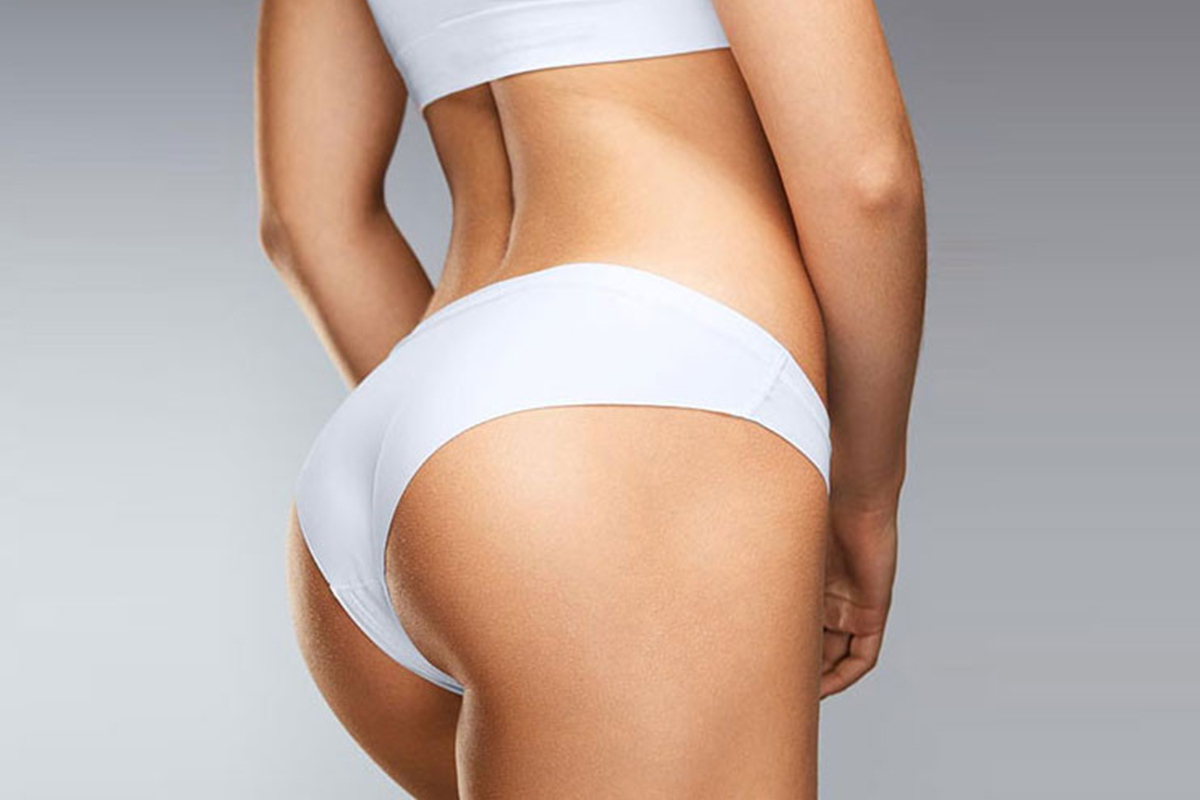 The buttocks are a key element of female beauty, with aesthetic buttock shaping becoming one of the fastest growing plastic surgery procedures. The beautiful curves along the buttocks give an attractive appearance to any women and are considered as an element of beauty in many parts of the world. Men usually seek smaller butt projections but women want a more prominent and round buttocks which match well with their curved body. The goal of this surgery is to achieve a proportionate and beautiful figure.

Remodeling of the buttocks involves having a good knowledge of anatomy as well as an understanding of the relationship of surrounding areas with the buttock. It is important to preserve the harmony of the body proportions.

Buttocks can be augmented (enlarged) by three different surgical methods-

Brazilian Butt lift– This surgical procedure involves taking fat out from areas of excess like the abdomen, flanks, and thighs, treating the fat so as to separate the live fat cells and stem cells and then transferring them into the buttocks in small aliquots to achieve the enlargement. Fat from the same person can only be used hence this procedure cannot be carried out on people who do not have excess fat deposits.

Flap-based Buttock Augmentation- This procedure is usually carried out on people who have lost a lot of weight and need a buttock lift along with augmentation. This involves removing the excess loose skin which is then moved into the buttock area along with its blood supply.

The Brazilian Buttock lift can be undertaken for the following indications-

The science behind this treatment-

Using fat to enlarge the buttocks is both a natural approach and a method of recycling or redistribution. Using liposuction to harvest fat from undesired body places, it is then processed and injected where someone wants it in the buttocks. In essence, every Brazilian Buttock Lift (BBL) is two procedures in one both of which work to create an improved torso shape. The appeal of this dual approach has led to making it a sought after aesthetic procedure.

A Brazilian buttock lift is usually offered to people who come in for body contouring procedures namely Lipocontouring with or without abdominoplasty (surgical Tummy tuck) and who do have a flat buttock. Almost all ladies suffering from Polycystic Ovary Syndrome( PCOS) have large fat deposits in the abdomen and flanks with negligent buttocks hence they are offered these services along with Lipocontouring. Dr. Mohan Thomas recommends the BBL procedure to almost 20% of his female patients who seek body shaping procedures.

Risks associated with this treatment-

These surgeries just like any other body contouring procedure are associated with risks. The surgery would be undertaken under anesthesia which is very safe in trained hands. The risks of surgery include infections, scarring, asymmetry, non-survival of fat or in rare instances can cause major infections, embolism and very rarely loss of life.

Precautions for a safe BBL-

The aim of BBL is to give an aesthetic natural shape and look. Experienced doctors avoid making any dramatic changes to the buttocks. This is why patients should consult a well trained and competent Cosmetic Surgeon to achieve best results from the procedure.